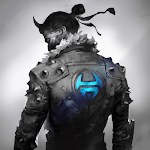 ⚔️Fight against other players in a free online 3D fighting game. Compete in 2 player PVP combats or brawl for fun with friends or play offline against smart bots. Welcome to the ninja realm!⚔️

Cool 3D graphics
Top-level 3D graphics and realistic animations come together to provide you with the best-looking epic fighting action.

Easy controls
Control your hero like in best classical fighting games and get a console-level battle experience on your mobile device.

Fun multiplayer battles
– Make a team of 3 heroes and battle in online multiplayer mode. You score a victory in a fight, only if you can defeat all of the opponent’s heroes in an epic battle. Or fight offline against advanced, machine-learning bots! If you are tired of the monotony of Mortal Kombat or Injustice then this game is for you!

Epic heroes
– Build a team of the best warriors, samurai, and ninja. Collect and upgrade all the heroes — Each one has unique abilities that you can change and adjust to your style.

Hero talents
– Level up and unlock cool ninja talents and become like Naruto! Choose the top talents that suit your playstyle, change them, and experiment to boost your winrate. Decide which style is the most fun!

Battle Pass
– A new season starts each month — get free chests and coins for winning! A subscription gets you access to the premium cosmetic items, and lets you collect free bonus cards without ads.

Brawl with friends
– Find out who the top Shadow Fight player is: challenge a friend to a PvP duel. Send an invitation or join a friend who’s already playing — you can do some serious practice or just beat each other up! Also you can beat advanced bots offline for training your skills!

Become the top fighter
– Arena is easy to learn, but to become a true master in multiplayer mode, you’ll need to watch tutorial videos, practice with friends, and be part of our active community.

Online PvP tournaments
– Enter tournaments for rewards and cool new experiences. Top place will bring you fantastic prizes, but a few losses, and you’re out. Enter another tournament to fight for the win again!

Communication
– Chat with other players on Discord, in our Facebook group, or on Reddit. Be the first to get all the latest news and learn the secrets of other players. Invite your friends and have fun!

Many people wanted to play PvP games on mobile ever since Shadow Fight 2 came out. Arena made that dream come true. This is an action game for everyone. If you’re feeling up to it, you can brawl for rating, and when you need a break, you can play offline and just fight for fun. It will make you feel like an epic ninja. And also it’s free!

IMPORTANT: You will need a stable internet connection to play online PvP games. To ensure SF Arena works optimally on mobile, use Wi-Fi

You are now ready to download Shadow Fight Arena – Ninja PvP for free. Here are some notes:

Shadow Fight Arena APK v1.3.2 Once connected, click on the Apps icon, select all the apps you want to back up to your computer and click on the Download button

Shadow Fight Arena APK v1.3.2 You can open an APK file on a PC using an Android emulator these are our favorites like BlueStacks. In that program, go into the My Apps tab and then choose Install apk from the corner of the window.

Shadow Fight Arena APK v1.3.2 If your phone web browser doesnt give you the option to open the file after downloading, open your file explorer app, go to the Downloads folder on your device, then tap the APK file. Allow the app any required permissions it asks for. Then, at the bottom of the installer window, tap Install.

Shadow Fight Arena APK v1.3.2 You can download an APK on iOS using your web browser and a third party app stores website however you wont be able to install or run an Android App (APK) on an iOS device.

Shadow Fight Arena APK v1.3.2 APK Editor Pro is a utility and tool application created by SteelWorks. This app allows you to edit and customize any APK files that have been downloaded online either through an app store or transferred from computers.

Shadow Fight Arena APK v1.3.2 Yes, APK is completely legal. It is the native file format that developers use to package an Android app even Google uses it. APK means the format of the file and says nothing about the legality of its contents.

Shadow Fight Arena APK v1.3.2 You need to get a copy of the APK file so you can sideload it. Several sites specialize in offering APK files for download.

Shadow Fight Arena APK v1.3.2 Originally Answered Is apkpure safe ? Apkpure and most of such websites such as apk-dl and apkmirror, simply download the apps from the Play Store and then upload the APKs on their websites. So, they are safe.

Shadow Fight Arena APK v1.3.2 If you want to locate the APK files in your Android phones, you can find the APK for user-installed apps under data-app-directory while the preinstalled ones are located in system-app folder and you can access them by using ES File Explorer.

Shadow Fight Arena APK v1.3.2 With Android, you can use Google Play, or side load the app using an APK file. However, this level of simplicity also means that theres a little risk - for Android users, downloading apps via Google Play is the safest option